You recently penned an op-ed about the hearings on HB 6423 and SB 568. Two bills that would one, eliminate the religious exemption to vaccination for public and private schools, which includes home daycares, day care centers, colleges, and universities. And two, the State of Connecticut would make a law to create a committee of legislators, doctors, and some members of the public, to determine what constitutes a medical exemption to vaccination.

You stated in the your first sentence, “In his 2008 book “Here Comes Everybody,” internet theorist Clay Shirkey outlines a fairly simple idea: if you make something easier to do, more people will do it and people will do more of it.”

The easiest thing to do here would be to leave well enough alone. There is a small minority of children in the state currently using the religious exemption to vaccinations. Connecticut has a 97% voluntary vaccination rate which goes above and beyond the current ideas about herd immunity, which is 95% immunity through vaccination or natural infection. Family doctors do not need the state to legislate the care of their patients.

According to the World Health Organization, “Herd immunity’, also known as ‘population immunity’, is the indirect protection from an infectious disease that happens when a population is immune either through vaccination or immunity developed through previous infection. The percentage of people who need to be immune in order to achieve herd immunity varies with each disease. For example, herd immunity against measles requires about 95% of a population to be vaccinated.”

As you stated, Connecticut has indeed passed laws without hearings, but that is a misrepresentation, and it does not mean it is okay, or just. Hearings are part of our democratic process and they must be respected. The bills are controversial, with a minority population adamantly opposed in large numbers. Fifteen thousand Connecticut citizens signed a petition to postpone this hearing until it could be done properly, not on zoom. Over eleven thousand citizens signed a petition to squash the bills altogether. These numbers are nothing to sneeze at, these are real people here in our state. You should retract this comment, I find it hard to believe that you feel emboldened to even say such a thing, “And I think Zoom hearings are a great idea, especially for vaccination opponents, who can stay home and scratch at their scabs and mute their hacking coughs.”

The Connecticut Constitution specifically states in the Seventh Article, “It being the right of all men to worship the Supreme Being, the Great Creator and Preserver of the Universe, and to render that worship in a mode consistent with the dictates of their consciences, no person shall by law be compelled to join or support, nor be classed or associated with, any congregation, church or religious association.”

This is a sacred right, it is not selfish, it is not ignorant, it is not indulgent. Since when did it become fashionable to demean this right, laugh at this right, and hold such little respect to the point of discrimination? To be clear, this minority community has not been a threat to public health, and has an equal right to protection under the law.

You belittle a community that you do not know. Have you listened to any of the testimonies? Where you would have heard a variety of testimonies from citizens like yourself Mr. McEnroe, who have real concerns about how these bills will affect their lives. You cannot shut down their voices. Have we become North Korea? Where only the government’s ideas are relevant or allowed to be considered? Connecticut has lived with the religious exemption to vaccinations since its inception as a state. Only in the last 60 years have vaccines been mandated for public school children. Religious/Spiritual freedom is a basic right codified in both the Connecticut Constitution and the United States Constitution. The religious exemption had to be added to the mandatory vaccination law in order to pass a medical mandate in a Constitutional Republic in the first place. This is the part that truly concerns me, the lack of understanding in the law of our land, our Constitution, and our basic inalienable rights as human beings.

“We are scant days into the new session, and this is how the Republican minority plans to use its energy? Insisting that nothing can be done until thousands of people weigh in and talking T-shirts appear on the Sunday chat shows?”

The Republicans did not bring this bill up, the Democrats did. Here we are locked out of our Capitol, kept from proper hearings and the ability to interact with legislators as we have since 1788. Why didn’t the Democrats raise a bill to help families in dire need from the effects of the governor’s executive orders, which have decimated our state in an effort to combat a disease with 99.6% recovery rate? Have you seen the food lines in Connecticut Mr. McEnroe? Have you heard over 600 restaurants have closed forever? That an eviction crisis is looming? The likes of which we have never seen. I digress.

The Democrats did this. The responsibility of the minority party is to defend their constituents at a time when the super majority is hell bent on passing laws that violate this basic human right, my body, my choice. Sorry, those words are not trade marked, no one owns those words but the people who speak them, MY BODY, MY CHOICE!

Since when did the pharmaceutical industry become the holy grail of health? A simple internet search of Pfizer, Merck, Johnson & Johnson, et cetera, will show you they have all been convicted of fraud, and false marketing campaigns. Yet for vaccines they had a come to Jesus moment?

The 1986 Vaccine Injury Act indemnified vaccine manufacturers for all of the vaccines on the CDC Childhood Vaccination Schedule. Why did the government do this? Numerous families were suing for vaccine injury from the whole cell pertussis vaccine, that’s why. Vaccine manufacturers threatened to stop making vaccines and voilà, they were indemnified. Till this very day the pertussis vaccine is not efficacious and actually leads to outbreaks in vaccinated populations, “Whooping cough (pertussis) remains a public health challenge in the United States where, despite high vaccine coverage, an increased number of cases have been reported since the late 1980s. This resurgence has included >48,000 cases reported in 2012 and notable recent statewide epidemics (1). Likely causes of the increase in reporting include heightened awareness, expanded surveillance, improved laboratory diagnostics, and waning protection conferred by acellular pertussis (aP) vaccine formulations (1,2).“

The Vaccine Injury Compensation Program aka VCIP,  was created by the government to compensate families with vaccine injured children because it is a common fact that vaccines come with risk. Vaccine injury is NOT a conspiracy theory! VCIP has paid out over four billion dollars to families with vaccine injuries. As a mother and a free citizen, I have every right to refuse for myself and my children, medical products like, “M-M-R II  which has not been evaluated for carcinogenic or mutagenic potential, or potential to impair fertility.” Merck MMR Vaccine Package Insert 13.1.

Tort law protects us from bad products, and the Vaccine Injury Act has wiped out tort law when it comes to childhood vaccines. We are a nation of law for a reason. We now know, thanks to tort law and legal discovery, that Purdue and the Sackler family, knew how addictive their opioids were before they were even on the market. They did not care. In fact they made a powerfully addictive drug and then made the cure.I am sure you are aware of this? The Sackler family built a fortune on a lie that is killing people everyday, even as I type. Do you think we would know this if opioids were indemnified?

Merck is currently being sued for fraud for the HPV Gardasil vaccine, and the mumps portion of the MMR vaccine. We have seen large pockets of mumps outbreaks in vaccinated populations around the country. Merck, the makers of VIOXX. You remember VIOXX? The drug that killed thousands of people before Merck was forced to take it off the market because of wrongful death lawsuits. Merck knew VIOXX could kill, and they did not care. Merck is also being sued for vaccine injury for Zostavax, a vaccine that is not covered by The National Vaccine Injury Compensation Program, therefore Merck can be sued. It will be telling to see what is found via discovery as the legal proceedings progress. Currently there are over 100 cases against Zostavax pending, and thousands more in the pipeline. Zostavax was taken off the market because of this on November 18, 2020.

What is truly upsetting to me as a parent, is that my child was injured by Varivax, Merck’s vaccine for Chickenpox, and I cannot sue. All I can do is report it the Vaccine Adverse Effects Registry System! My child suffered many of the same side effects the victims of the shingles vaccine did. Yet my child’s injury is denied and called anecdotal! Instead of being able to sue and get compensation for this travesty, we are treated as less than human, we’re treated as if we’re lying. What on earth do we gain from lying about vaccine injury? When I tell this story, some people threaten me, and call me offensive names. It’s horrible! Please, do NOT refer to me as antivaxx!

Antivaxx is a derogatory slur and it is offensive. I stand for informed consent. The chickenpox vaccine gave my child the chickenpox, and then the shingles at 15 years old. My healthy child with no health conditions went in for a vaccine as a teen and now has a life long autoimmune disease after being vaccinated. This is medically verified and has been reported to the, Vaccine Adverse Events Reporting System, VAERS. Victims of Zostavaz suffer from the shingles, chickenpox, anxiety, eye issues, nerve pain, and racing heart, my daughter suffered from all of this. I cannot sue the manufacturer, instead the state wants to mandate vaccines and take away my constitutional rights. This is not democratic. “Researchers at the University of Missouri have also linked the shingles vaccine to keratitis, an inflammation of the cornea. They found 20 cases of keratitis within one month of patients receiving the chickenpox and shingles vaccinations.”

I am a lucky one, my child, though she suffers, she is alive.

One of the scarier diseases and noted complication with vaccination is, Acute Disseminated Encephalomyelitis (ADEM) is a brief but intense attack of inflammation (swelling) in the brain and spinal cord and occasionally the optic nerves that damages the brain’s myelin (the white coating of nerve fibers). Other terms used to refer to ADEM include post-infectious encephalomyelitis and immune-mediated encephalomyelitis. ADEM killed Christopher E. Bunch, a healthy 14 year old athlete, three weeks after his Gardasil vaccine. There are thousands of stories like this nationally.

We’re not going away, and unfortunately our numbers grow. I say unfortunate, because injury to biologics is only growing daily. Health is not at the end of a needle. Informed consent is a human right. What have we become if we forgo our bodily autonomy to the state? History has taught us this never leads anywhere that is good for the common citizen.

“Even after all of the above-described FDA regulation of vaccines and monitoring of adverse events, vaccines are still not 100% safe. Adverse reactions to vaccines will always occur simply because of the nature of vaccines.”

Where there is risk, there must be informed consent. 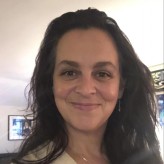